lucky said:
Engine 215 was also disbanded, basically on their way to their new quarters.
Click to expand...

The City Beautiful movement produced impressive civic architecture and likely influenced the many beautiful historic firehouses around Brooklyn, including the one at 88 India Street in Greenpoint. The former firehouse was built to house what was then Engine Company 115, later 215 of the FDNY. Engine Company 115 went into service as company 15 of the Brooklyn Fire Department in 1872 and was reorganized into their new building on July 1, 1910.[1] Brooklyn engine company numbers were first changed when Brooklyn was annexed by New York City in 1898 and the fire companies were integrated with the FDNY in 1899. The second reorganization and renumbering of fire companies came in 1913.[1] Engine company 215 was in service until November 25th 1972.[2] At one time the firehouse had been scheduled for demolition, however, it was spared by the city and auctioned off in 1975 for a mere $19,600.[3][4] Prior to being sold at auction, the building was used by the New York City Department of Parks and Recreation for storage.[3]

When I first noticed this building I thought it looked a lot like a firehouse but it seemed a little small to house a fire engine. As it turns out, it was a firehouse built for horse drawn fire apparatus which included an 1861 Amoskeag second-size steam engine and an 1871 Amoskeag four-wheel hose tender.[1] The ground floor housed the engine wagon, hose wagon, stable and feed room. The dormitory, officers room, bathroom and kitchen were located on the second floor. Now, the building houses two apartment rental units including a 1600 square foot loft with a large closet that was once used for a fire pole.

I believe Engine 238, Ladder 106, Battalion 36 new firehouse in 1972 was planned for two engine companies. Engine 215 was disbanded when the firehouse opened. Nice old LAD*114 Front.... a rare one as Loguidice was the manufacturer before Cairns came on the scene ...... 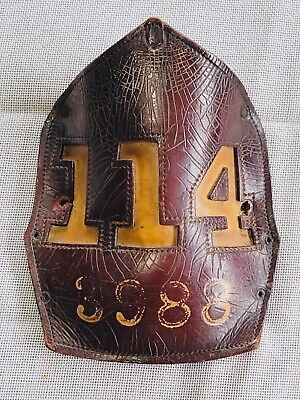 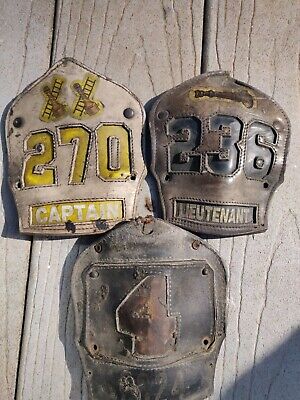 That helmet was at the auction in allentown.